Jean Smullen WSET Dip has been working in the wine industry in Ireland since 1991; her speciality is wine marketing and some of the groups she has worked with and is currently consulting for include: Wines of Argentina, Wine Australia, Wines of Chile, ICEP (Food and Wine from Spain), Italian Trade Agency (ITA), New Zealand Wine, SOPEXA (Food & Wine from France), Wines of South Africa, Wines of Uruguay, Wine 4 Trade - Groupe France Agricole and ViniPortugal.


A co-presenter since 2007 with Sean Moncrieff on Movies & Booze, Newstalk’s innovative wine slot, her journalism credentials also include a weekly wine column in the Sunday World Ireland’s second largest selling Sunday newspaper and a monthly column with Retail News, Ireland’s longest established grocery trade magazine. From August 2021 Jean will be writing a monthly wine column for Dublin Gazette, a free newspaper with a circulation of over 300,000 readers in the greater Dublin area.


Jean also writes the Sommelier Diary for Chef & Restaurant an international magazine published in the U.K. which is distributed to Michelin starred restaurants in both the UK and Ireland. Her article “Ningxia where East Meets West” about Chinese wine was the magazines “most read” wine article in 2019.


From 2011-2012 Jean was the wine presenter for 4 Live, RTE television’s afternoon magazine programme.


Jean has comprehensive commercial experience in the wine industry where she offers a unique marketing service that includes the management of wine events such as wine fairs, wine and food dinners, tasting tutorials, in-store promotions, training courses and wine club tastings for both trade and consumer in the Republic of Ireland.


From 1991-1999 Jean was responsible for the development of a countrywide wine education programme for the Wine Development Board of Ireland. 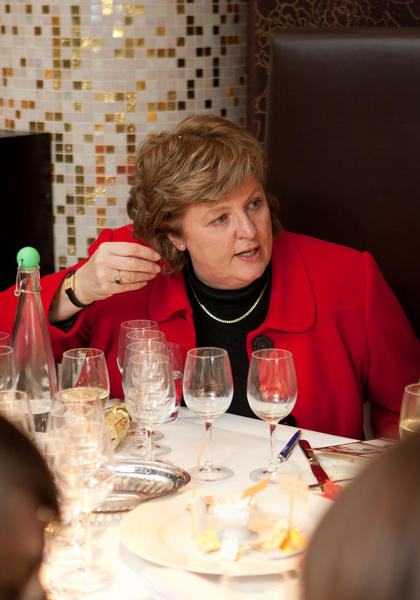 IWSC Wine Communicator of the Year 2013


Jean was one of six finalists in the IWSC’s ‘Communicator of the Year’, a title which recognises an exceptional contribution to increasing awareness of wine and spirits. She was awarded the runner up prize at a reception in Palazzo Verita Poeta in Verona on April 6th, 2013.


PR for Trade and Consumer Events and Products


Wine & Food dinners for both Trade and Consumer


Jean has been judging and assessing wine for Concours Mondial de Bruxelles, one of Europe's best known international blind tasting competitions since 2006. At the 2015 Concours Mondial in Jesolo she was awarded a gold medal for ten years judging by the organisers. Jean also judges for the Concours Mondial du Sauvignon panel.


Since 1999 Jean has worked on a freelance basis, with a number of wine producing countries and regions, including :-


Since 1999 Jean has worked with a number of Irish importing and retail companies including:-